Last week I had the incredible opportunity to talk about our work with FrontlineSMS at the National Geographic Explorers Symposium in Washington DC. A big part of what we do is to try and take the mobile message to an entirely new audience, and to help people re-think what innovation means in the developing world, using mobile technology as our lead.

It’s great to see such a revival of interest in appropriate technology, something I first became a fan of at University way back in 1997. As a sign of this growing interest, World Watch recently published one of the best and most comprehensive articles to date on “mobile technology as an appropriate technology”. You can read about that here, and it is well worth a look.

There are, of course, increasing examples of innovative applications of technology, particularly in the field of renewable energy and particularly in the developing world. Two recent and favourite examples are the solar-powered light bulb and the energy-harvesting football, both of which I’m a big fan of – not necessarily in the technology itself (although it is pretty neat), but in the approach. 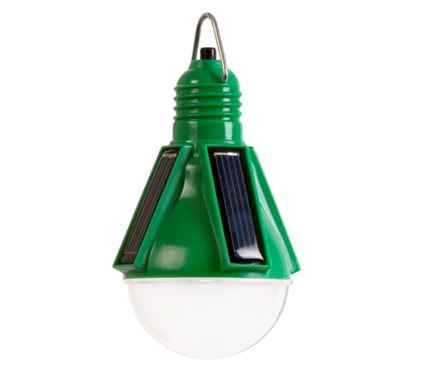 When I first heard about this I wasn’t sure if I’d read it right. A solar-powered light bulb? Well, the Nokero N100 is a solar LED bulb which can be left outside in direct sunlight during the day. This charges up its internal battery which then gives you up to four hours of light at night. It’s a brilliantly simple idea, and one which has huge potential in developing countries. Not only could it solve significant lighting issues for many households, but it also has positive health implications (replacing kerosine lamps) and, of course, potential benefits to the environment. More on the the Nokero N100 here. 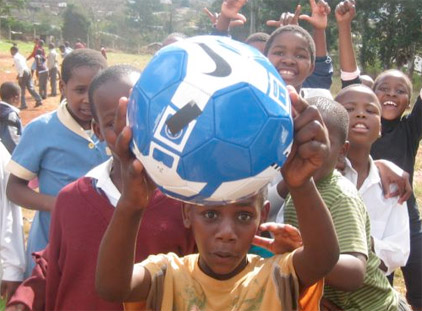 This was an instant favourite because of its sheer simplicity and brilliance. It’s not a million miles away from the Play Pumps concept, harvesting the ‘wasted’ energy of childrens’ play to generate electricity. While children kick the ‘soccket’ football around, it harvests the kinetic energy generated by the ball’s movement. A short ten minute kick-around charges an internal battery which can later power an LED bulb for up to four hours. There’s more on Soccket in this New York Times article by good friend Jim Witkin.

I don’t know about you, but I think we could do with these kinds of innovation everywhere.